Chess at the Spanish Pavilion

The Spanish Pavilion at the Expo is built around the motto “Intelligence for Life”. Of course, chess fits this slogan perfectly. Inspired by the Expo World Championship match between Magnus Carlsen and Ian Nepomniachtchi, the Spaniards had the brilliant idea of ​​creating their own online school chess world championship. Over 165 schools from 40 countries have registered and participated. The championship final will be held on site at the Spanish Pavilion in Dubai and is overseen by a number of famous figures from the Spanish chess community.

The school chess tournament also features some well-known characters and names. Indian school “Velammal Nexus” has a team whose members have an average Elo rating of 2492. Up-to-date chess enthusiasts will most likely recognize a number of prominent players among the team members.

It wouldn’t be surprising if the Student Grandmasters win the tournament, though some keep stressing that they’re not technically students anymore. However, other teams present players with impressive titles and sometimes even a grandmaster. This is how things are these days, apparently. If you want to be part of your school’s chess team, ideally you should already have a title, FM at a minimum. Then again, a few school teams with “normal” scores of around 1800 also reached the final in Dubai.

The team tournament will be played in two groups, followed by a knockout round.

After the inauguration and press conference of the World Championship on Wednesday, Magnus Carlsen still had time and took the opportunity to visit the Spanish pavilion. The world champion was accompanied, among others, by Judith Polgar. At the Spanish pavilion, which includes entire rooms dedicated to chess, Carlsen signed the guestbook and received many gifts. 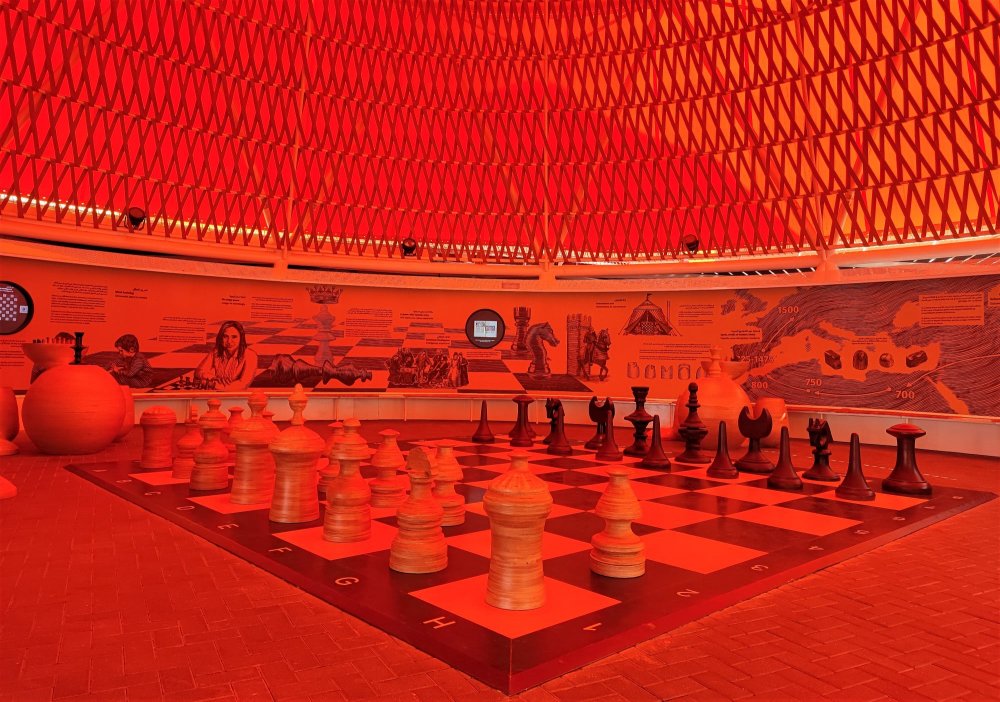 Chess at the Spanish Pavilion 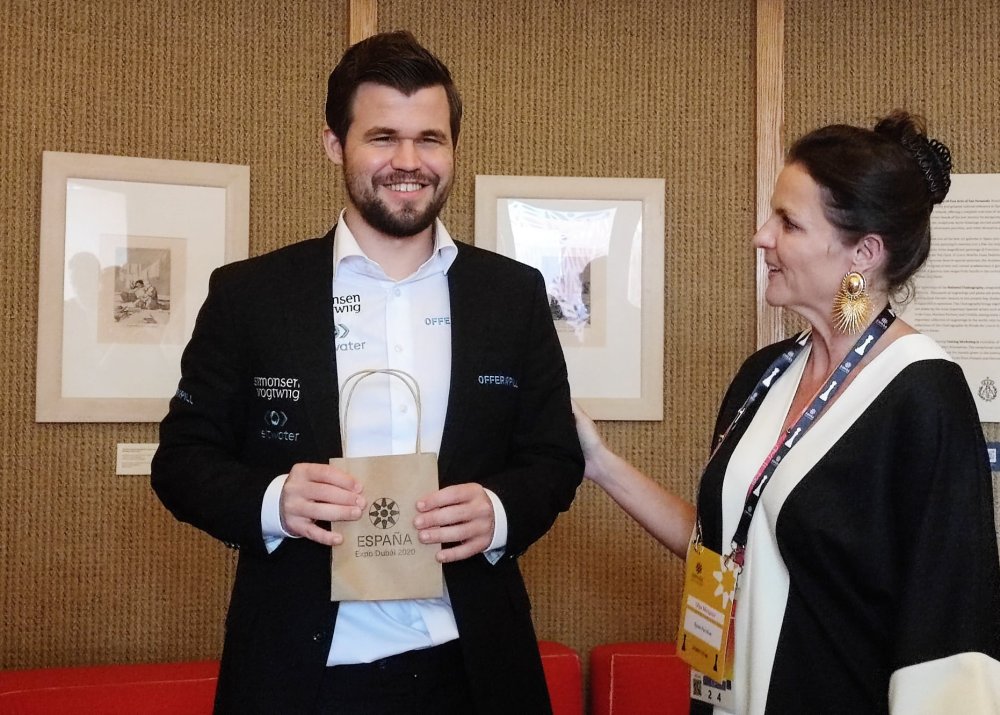 Carlsen with his little gift bag 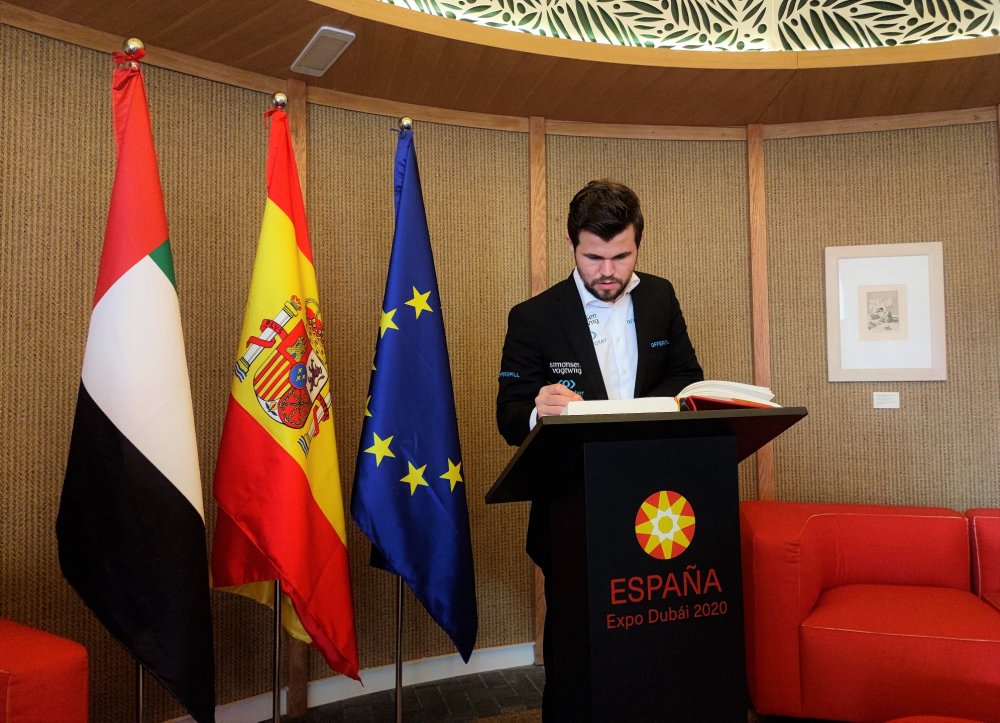 Signature of the guestbook 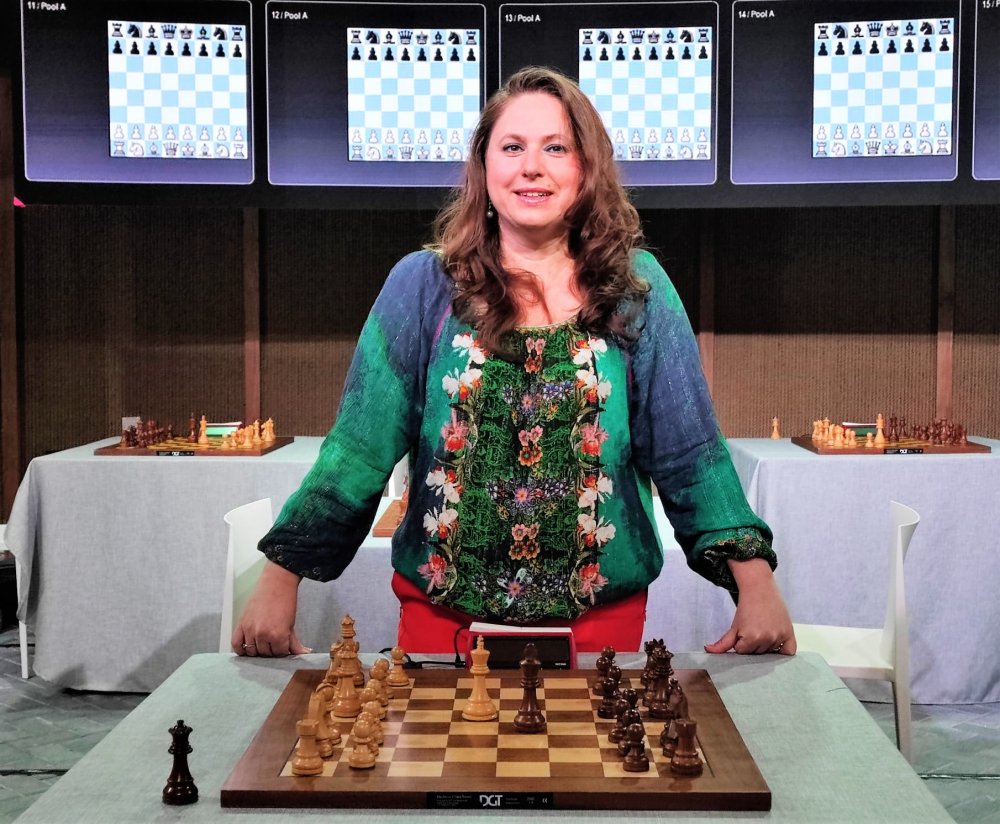 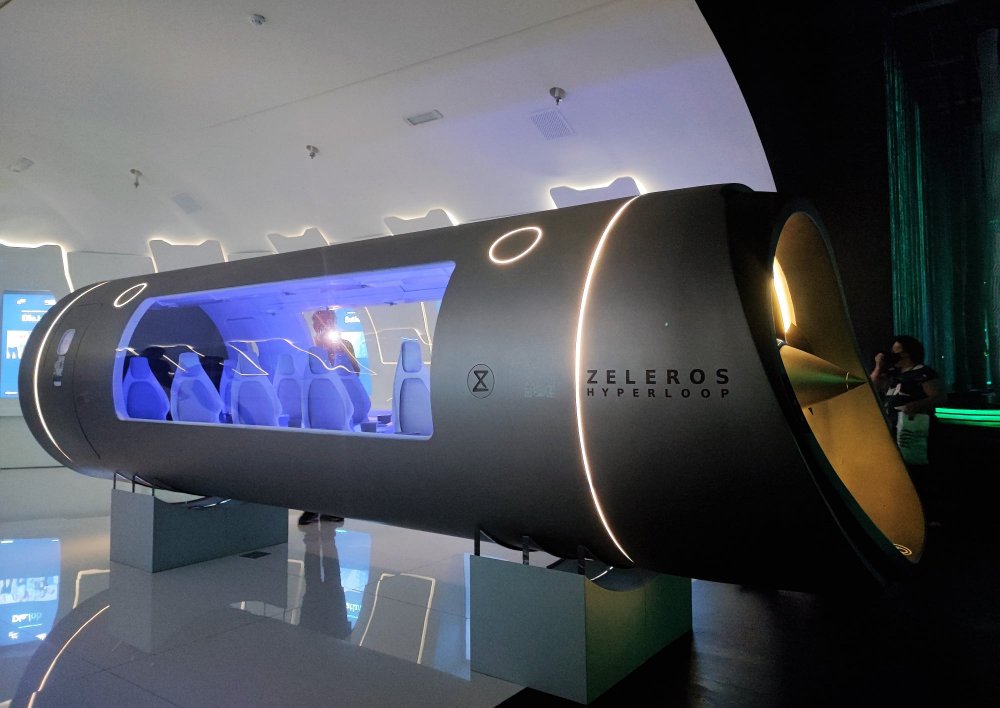 The coaches of tomorrow

Magnus Carlsen and Judith Polgar were featured in a group photo with the students. 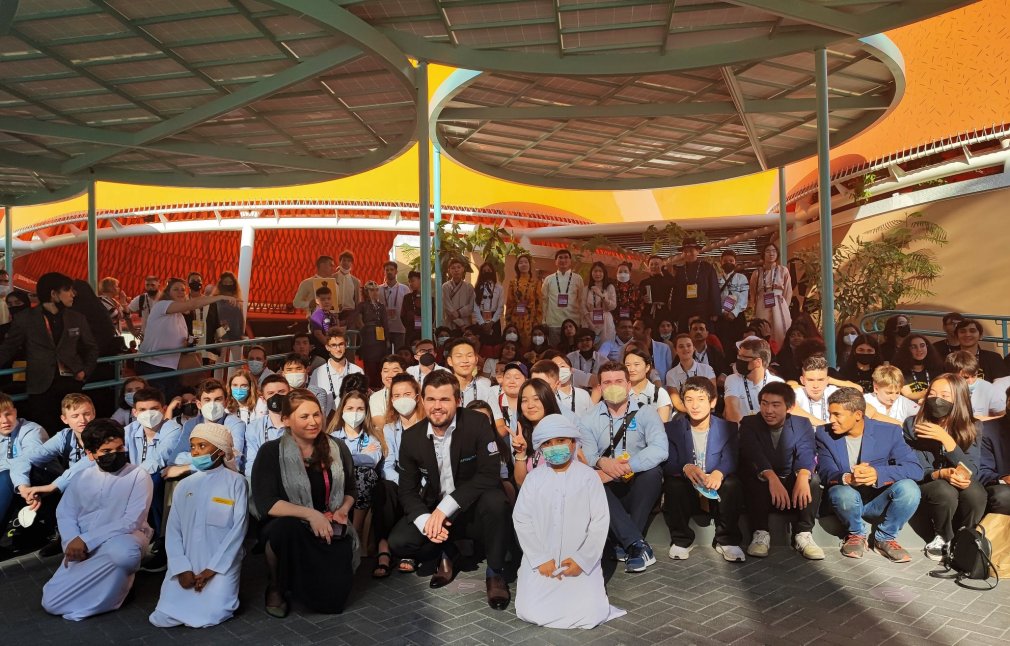 Results of the school tournament on Chess-results.com …

– Translation from German by Hugo B. Janz

Denver Gazette: Our other seasonal wave – ...